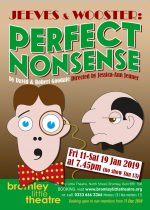 This show will be performed at Hever Castle Festival Theatre on 31st of May and 1st of June. Click here for tickets.

Jeeves and Wooster in ‘Perfect Nonsense’

By David and Robert Goodall. Directed by Jessica-Ann Jenner

The inimitable Bertie Wooster tells how he reconciled the affections of Madeline Bassett and Gussie Fink-Nottle, whilst avoiding amateur dictator Sir Roderick Spode and trying to steal a silver cow creamer (assisted by the ever-dependable Jeeves). PG Wodehouse’s much-loved characters come to life in a riot of laughter, silliness and theatrical invention. A spiffing start to 2019. 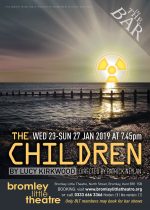 When retired nuclear scientist Rose drops in on her former colleagues Hazel and Robin, they have much to catch up on: friendship, children, Hazel and Robin’s farm, the catastrophic accident at the nearby power station where they all worked. Lucy Kirkwood’s 2015 play is a funny yet disturbing comedy of relationships, ageing, desire, the responsibility of the older generation to the younger and the responsibility of the younger generation to itself. 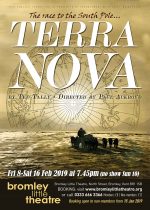 A stirring account of Scott’s expedition to the South Pole, this inventive play captures the bravery of men who must accept that suffering and death will be the only reward for their heroism.  A compelling study of British pride and resolve in the face of bitter failure, we are proud to bring this intense yet uplifting story to our stage. 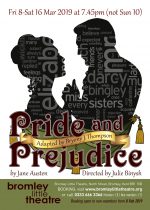 The tale of the courtship between the fiercely independent Miss Elizabeth Bennet and arrogant, wealthy Mr. Darcy needs no introduction. But this fresh yet faithful version injects a new vitality that will delight Austen fans and create many new ones. 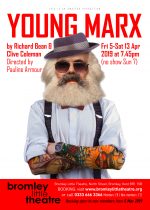 by Richard Bean and Clive Coleman. Directed by Pauline Armour. .

Following its debut as the opening production at London’s Bridge Theatre, BLT is thrilled to announce this amateur premiere, from the creator of One Man Two Guvnors. Charting his unpromising beginnings living in Soho with writer’s block, a marriage on the blink, and endlessly pursued by creditors and spies, Young Marx will also be our entry in the 2019 Bromley and Kent Drama festivals.(The show contains some adult humour) 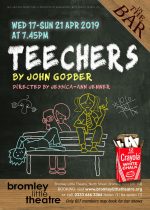 Join Gail, Hobby and Salty, three fifth form students who, through their end of term play, tell the hilarious story of an unsuspecting new drama teacher in his perilous first days inside a local comprehensive school. Crammed with unforgettable characters, political left-hooks and razor-sharp wit, Teechers is top-of-the-class comedy. 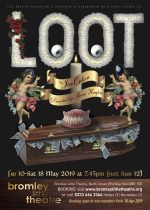 Uproarious slapstick ensues as two friends stash the loot from a bank robbery in an occupied coffin, attempting to hide it from a psychopathic policeman, a gold-digging nurse and a grieving widower.  “Rude, blasphemous, corrosive and as fresh today as when it was written, ‘Loot’ is not for the easily offended. But it’s their loss” – Daily Express 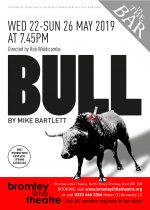 The knives are out in the office and three youngish business people are waiting to hear which of them will lose his or her job. As they await the verdict, they debate each other’s chances of survival. And in the struggle for that, no blow is too low… A tense, powerful play that lays bare the bruising world of office politics. 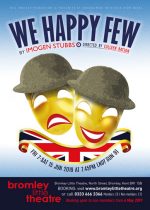 With the men away fighting Hitler and the bombs falling on London, a ‘girls only’ theatre company sets out in a battered 1920s Rolls-Royce to bring Shakespeare to culture-starved wartime Britain. Inspired by the real-life Osiris Players – whose travelling productions inspired actors like Judi Dench – this is a big-hearted celebration of the power of theatre. 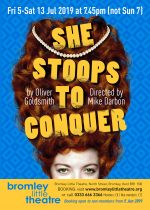 She Stoops to Conquer >> PREVIEW>>REVIEW

Kate Hardcastle is to meet the eligible Marlow with a view to marriage. Marlow is tongue-tied with the upper classes and lecherous with commoners. So when he is tricked into believing Kate’s ancestral home is a country inn and mistakes Kate for a lowly barmaid the stage is set for misunderstanding, mischief and mayhem.  A delightful 18th century romp. 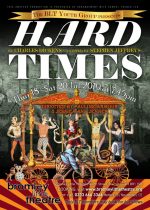 BLT’s Youth Group present this compelling adaptation of Dickens’ evocative saga, set in the north of England at the height of the Industrial Revolution. A tale of loss, love, pride before a fall and a deepening divide between rich and poor, Hard Times reveals a society in turmoil, making it as relevant today as it was in the 1860s. 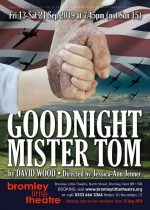 Young William Beech is evacuated to the idyllic English countryside where he forges a heart-warming friendship with the elderly recluse, Tom Oakley. All is perfect until William is suddenly summoned by his mother back to London…  A true modern classic, Michelle Magorian’s wonderfully uplifting novel is brought gloriously to life. 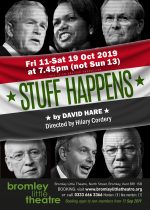 “How do we know Saddam’s got weapons of mass destruction? Because we’ve still got the receipts.”Acclaimed playwright David Hare turns his piercingly satirical gaze onto the political events leading up the invasion of Iraq in 2003.  Riveting and full of drama and wickedly-pointed humour, this epic sweep of a play enriches, informs and entertains. 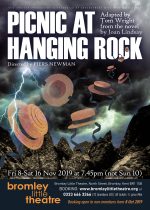 In 1900, during a trip to a beauty spot in rural Australia, three schoolgirls and their teacher inexplicably vanish. Five female narrators attempt to reconstruct the mystery, but their efforts are overtaken by primal forces, taking us from civilisation to somewhere hostile, vast and unknown… A sublimely unsettling theatrical experience that sends shivers down the spine. 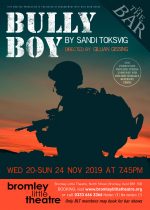 Sent to a combat zone to probe allegations of misconduct by a young squaddie who is part of a self-styled ‘Bully Boy’ unit of the British Army, Major Oscar Hadley discovers that in modern warfare ‘truth’ can be a point of view rather than a fact… A powerful, heartfelt play that dramatically reverses audience expectations. 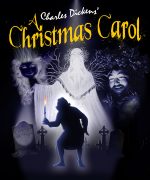 We are proud to present this compelling adaptation of the world’s greatest Christmas story. Featuring all the characters we know and love (and love to hate), this faithful production captures the heart of Dickens’ beloved tale of redemption and compassion. On a bitter Christmas Eve, Ebenezer Scrooge is visited by four ghosts who transport him to the past, present and future, showing him what his miserly selfishness has led to and the bleak future he has built for himself. Can Ebenezer be saved before it’s too late? Like Dickens’ original novel ‘Christmas Carol’ is, at heart, a ghost story. So although suitable for most of the family, very young children may find some scenes scary. Come and have your heart warmed, leave rejoicing in the Christmas sprit and in the words of Tiny Tim; “God bless us, every one”!