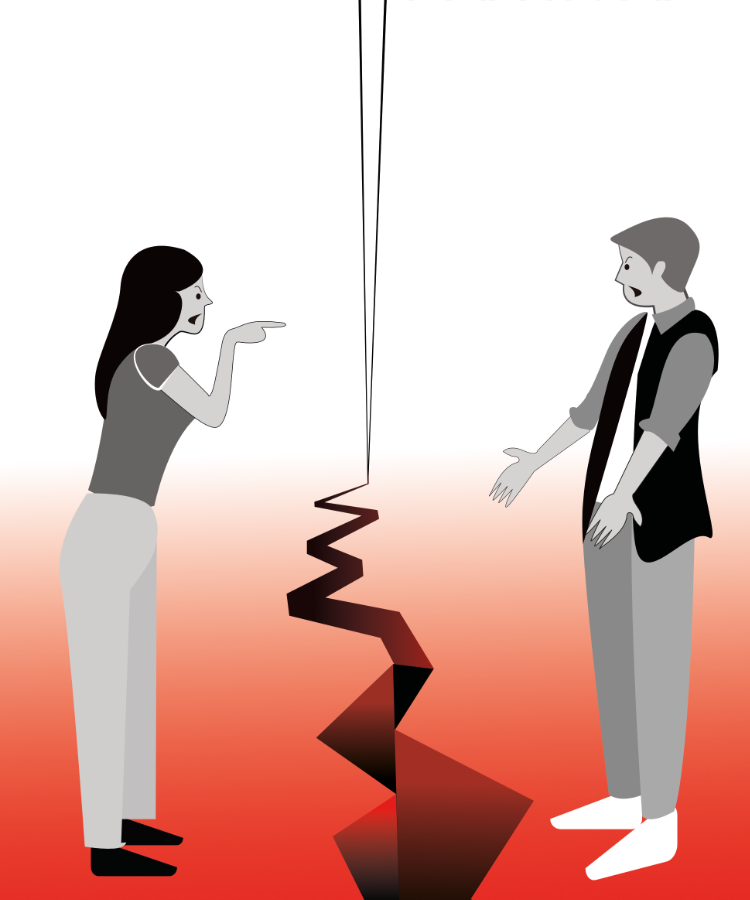 A likes talking to B, their conversations flow and are sparky, that is their normal.

B sees that A is volatile and emotional, emotions expressed as a volley of words to avoid dealing with the feelings.  B is an observer, methodical, picks arguments apart, actually listens to what people say, hears illogical thought and throws back those words in an attempt to make people see sense.  B has their own blind spot, attending to everyone else’s problems, but not addressing their own emotional vulnerabilities.

When there is a war overseas, they argue heatedly about whether it should be supported, about the political cost of intervention and the emotional cost on them.

Other issues come to the forefront.

A likes to drink, B likes a drink, when B gets a girlfriend, Hannah, she points out this simple difference as a fault. A drinks too much and B is easily influenced, rivalry, and criticism are introduced as explicit elements of their relationship.

Conversation. Drinking. Eating. Arguing. Displays of emotion, and a resolution which is dark and redemptive.

The euphemism of friendship when really, we mean love.

This play by Mike Bartlett premiered at the Watford Palace Theatre in April 2014, in a co-production with Paines Plough, starring Rachael Stirling (A) and John Hollingworth (B).