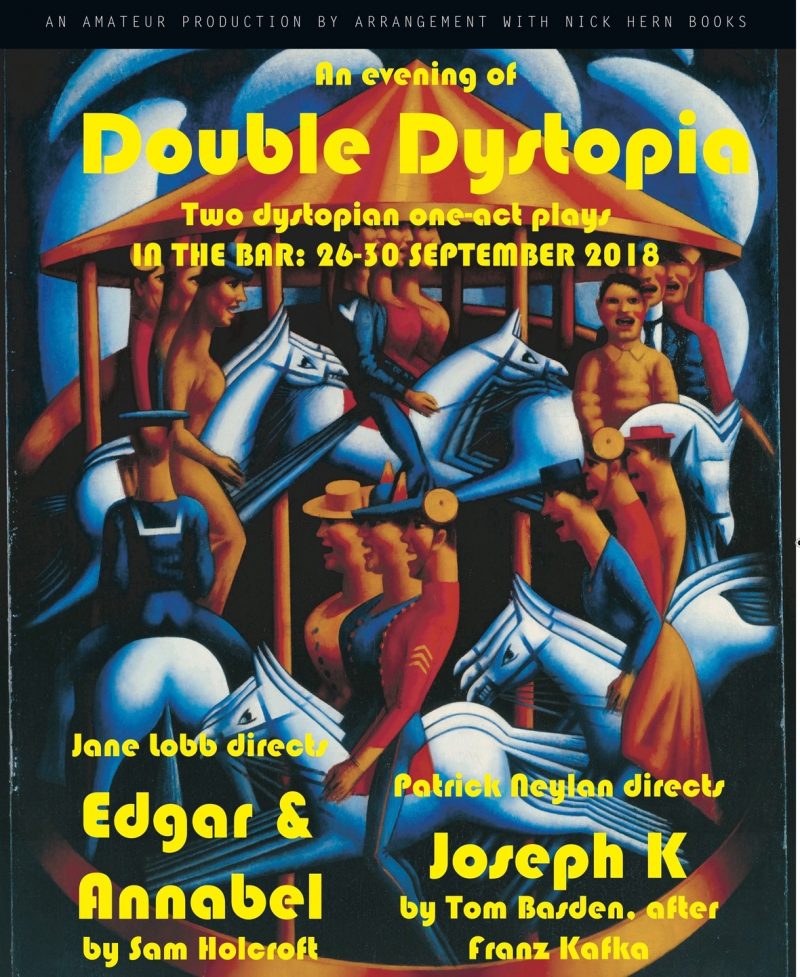 Edgar and Annabel was performed at the National Theatre in 2011. A comedy thriller that not only amuses and intrigues but also has great political resonance. Expect an engrossing hour in a police state where surveillance is the norm. Tension, humour, subterfuge and karaoke!

Two strangers come to Joseph K’s flat on the evening of his 30th birthday. They eat his sushi, tell him he is under arrest and then leave. He soon finds his passport is cancelled, his credit card is recalled and all the points on his Boots card vanish. And someone is being whipped in his office building. Tom Basden’s absurd, disturbing but hilarious adaptation brings Franz Kafka’s The Trial into the 21st Century.