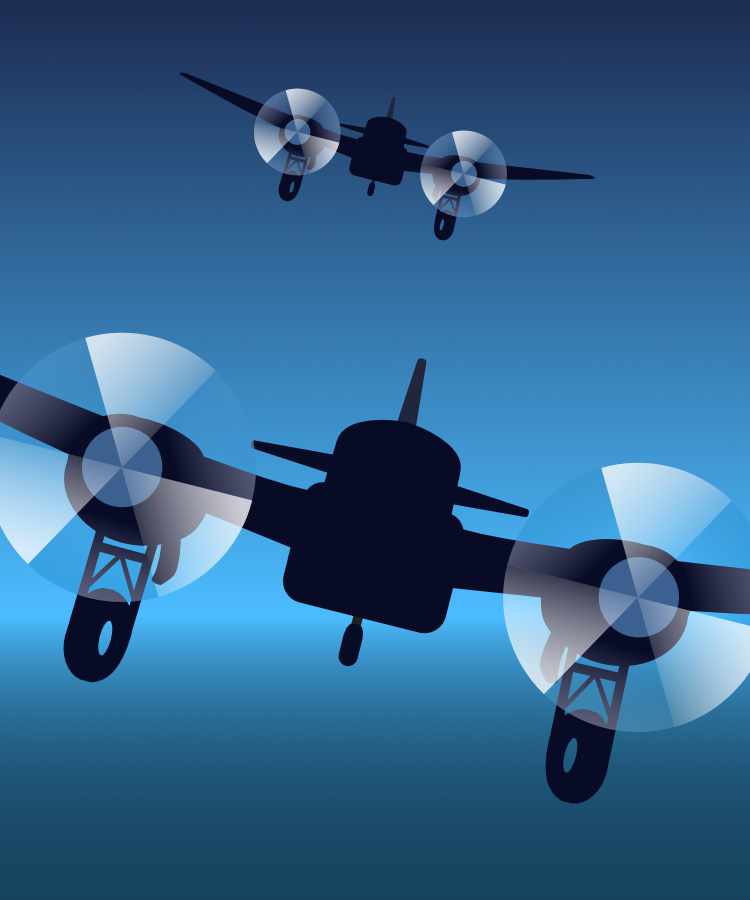 Married to Teddy, her ‘baby’ of a husband, Patricia Graham’s life is turned upside down when her worldly ex-lover, Peter Kyle, unexpectedly reappears.

It’s the early 1940’s and World War 2 is at its height.  The stresses and horrors of that extraordinary conflict are ever-present – not least for RAF Flight Lieutenant Teddy Graham and the seven-man crew of his Wellington bomber.  Night after relentless night, they’re sent out on ‘capers’.  They manage as best they can. Peter, however, is condescendingly dismissive of their ‘Boys Own’ banter and juvenile pranks, causing Pat, eventually, to question her marriage to joker ‘PO Prune’.  But when Teddy makes a sudden and shattering revelation to his wife, Pat comes to a new understanding of the war.  And of herself.  She also comes to a turning point.

Terence Rattigan’s Flare Path has all the heart-breaking understatement, poignant comedy and explosive emotion that you’d expect from this quintessentially British playwright.  The most recent West End production starring Sienna Miller, Sheridan Smith and James Purefoy proved as hugely popular and deeply moving as it always does.

In 1942, as the curtain fell on the play’s first night, Sir Winston Churchill immediately dubbed it ‘…a masterpiece’.  And that’s exactly what Flare Path remains almost eighty years later.  A masterpiece.  And one that shouldn’t be missed.

Whatever Happened to Baby Jane is widely regarded

Before there was Taylor vs Kanye, before SJP vs Ki

Unfortunately, owing to a multitude of reasons the

And just like that 2022 is around the corner, and

Some good news in the face of all this uncertainty

A love triangle, two happily married couples and a

Overnight our theatre transformed into a 1940s rad

“What is it you want, Mary? What do you want? Yo

DING DING DING Ring those bells because the Chris

They don’t make Christmas films like they used t