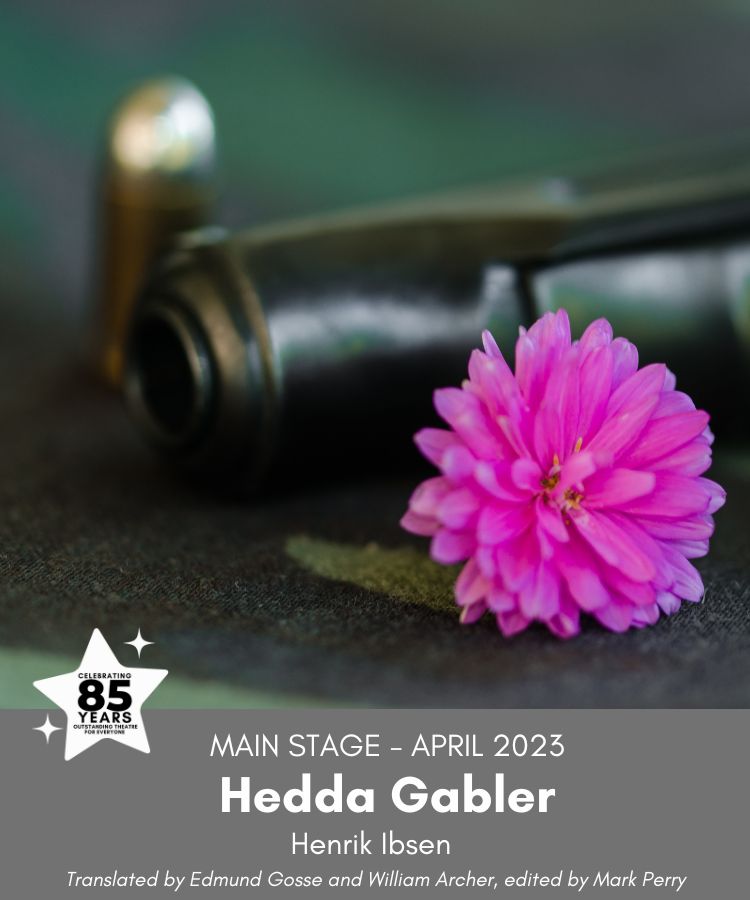 By Henrik Ibsen, translated by Edmund Gosse and William Archer and edited by Mark Perry

The honeymoon is over, and Hedda is feeling trapped.  Reared in privilege as the daughter of the great General Gabler, she has married somewhat beneath her station into the ‘genteel poverty’ offered by her husband, George Tesman, a well-meaning and industrious academic, who is doing all he can to meet her every whim. It is not enough. Her needs are deeper. And darker. Even as she struggles to restrain herself from acting on wild impulses, she begins to crave the fatal power to mold someone else’s destiny. That someone else turns out to be the only one in the world that Hedda might in fact love. Will Hedda awaken a sense of empathy before things go too far? Can she find meaning in a life so filled with limitations?

SOLD OUT! We’re sorry if you missed it.. Huge co

When Friday night is a sell out performance 😁 O

POV: When you don’t book your tickets in time fo

Meet the characters in this powerful two-hander, w

Only FIVE chances left to see Beautiful Thing at B

Audience reviews for ‘Beautiful Thing’ are in!

“Dance with me” Have you booked your tickets

We are deeply saddened by the death of Her Majesty

Here’s a peek into the rehearsal photos for ‘B