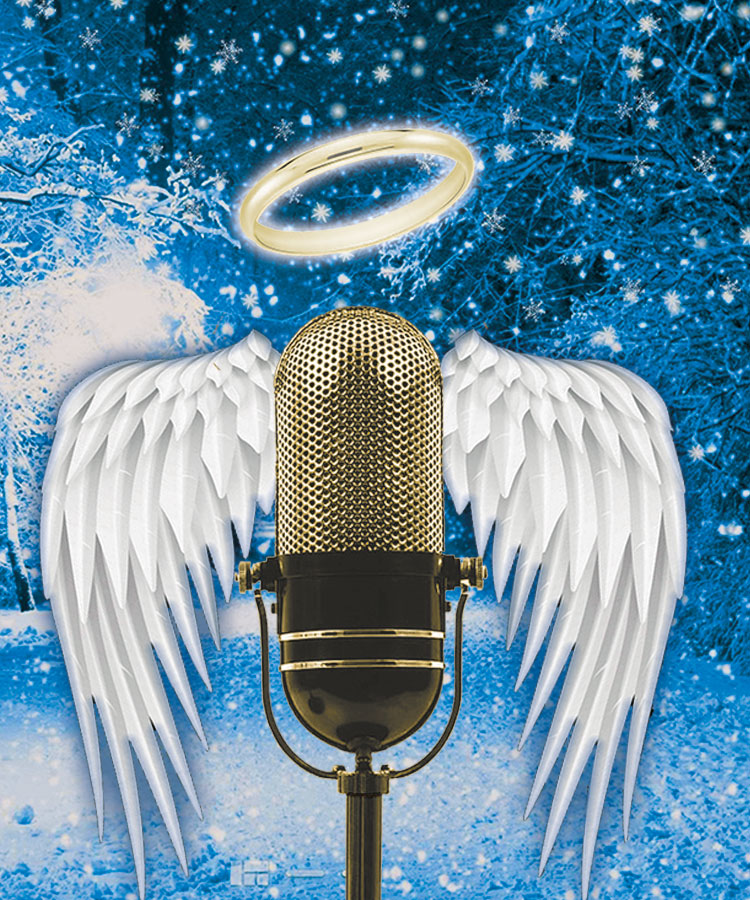 Tony Palermo’s adaptation remains faithful to the classic American film and introduces all 34 of your favourite (and perhaps not-so-favourite) characters. The story of idealistic George Bailey unfolds as he considers ending his life one fateful Christmas Eve. It takes the help of the lovable angel Clarence for George to have a change of heart and understand the true spirit of Christmas.

The play, performed by a team of versatile actors, brings to life all George’s community from 5 year-old children to 80 year-old townsfolk and, of course, the ageless Clarence who so desperately needs to earn his wings.

This ‘for radio-on-stage’ version of the play, based on the Frank Capra film, is set in the studio of a 1940’s radio station. The BLT theatre audience plays the part of the live studio audience – encouraged to applaud and laugh when cued by the sound effects artist.  As in all American radio performances of the 1940’s there are commercial breaks, which advertise the sponsors of the show. There will be four-part harmony jingles with, of course, a Christmas theme. We welcome anyone who would like to be a sponsor and will be happy to create an onstage advert! Just let us know.

Apart from the actor playing George Bailey, all of the cast members play multiple roles.