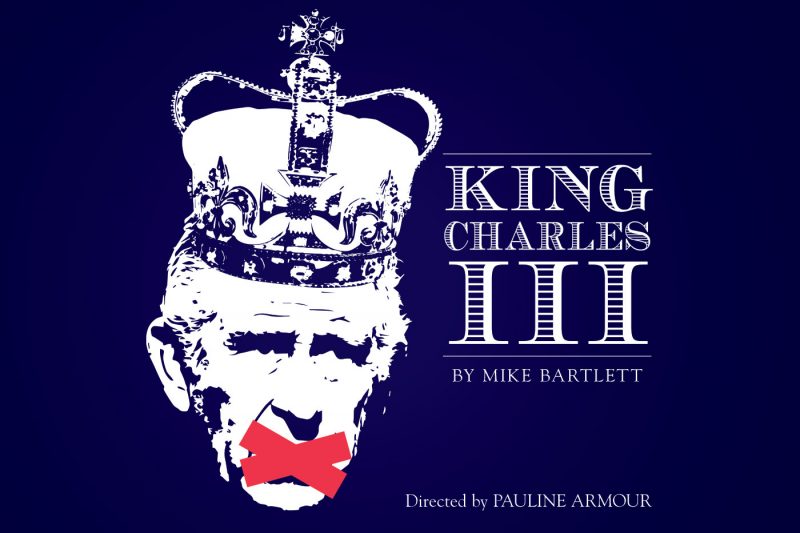 Charles and his family gather following the funeral of the Queen he is the new King. He and the Prime Minister discuss a new Bill for statutory regulation of the press, which awaits only Charles’s royal assent to become law. Charles worries that the law would allow governments to censor the news and prevent legitimate uncovering of abuses of power. He asks the PM for alterations to the bill, but the PM refuses. The PM and the Leader of the Opposition expresses their doubts on the bill….there is little alternative but for Charles to sign.

Meanwhile, Prince Harry has begun a relationship with Jess Edwards, a republican and Charles and Prince William have each seen the ghost of Princess Diana, promising each man that he will become “the greatest king of all”.

Bartlett’s play, written in blank verse,  is modelled on Shakespeare’s history works and this play about a man who has too long been denied power, is a modern day tragedy in its own right.

This production is by arrangement with Nick Hern Books.