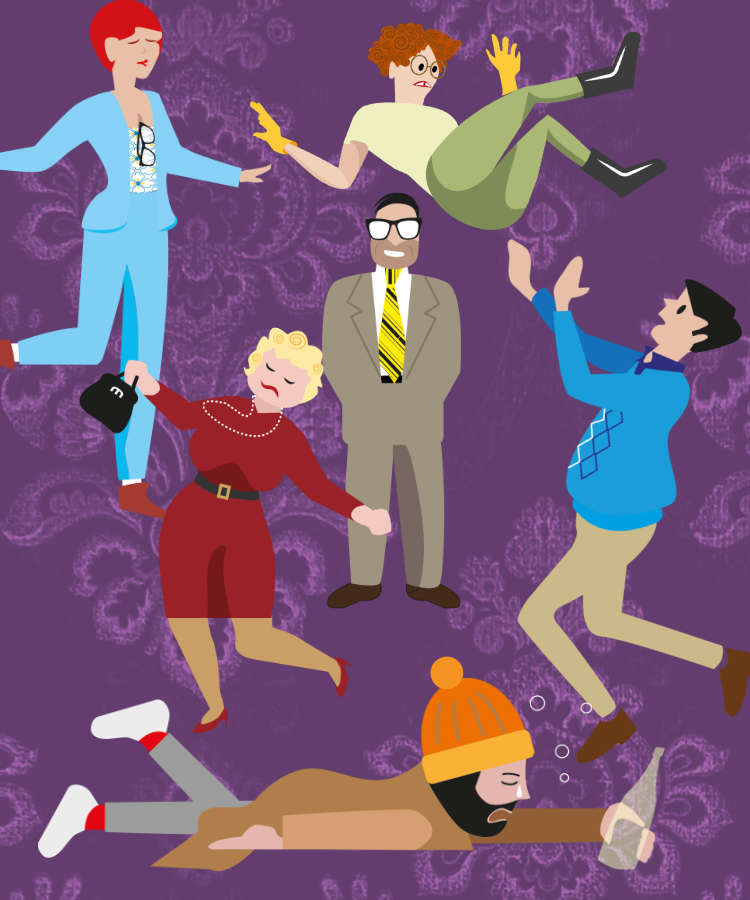 LIVING TOGETHER by Alan Ayckbourn, directed by Pauline Armour.

Following the success of Ayckbourn’s classic comedy ‘Round and and Round the Garden’ in January 2020, we bring ‘Living Together’ to BLT – another of the plays in the award winning trilogy of ‘The Norman Conquests’.

The action takes place over the course of a weekend – but whereas in Round and Round the Garden we witnessed the frenzied activities in the garden, in this play we see the simultaneous development of chaos in the living room.

Living Together stands alone for first-time audiences and gives an added dimension for those who have already been introduced to the characters: the self-absorbed, lecherous Norman desperately intent on making all the women in his life happy, while simultaneously attempting to seduce his sister-in-law Annie, charm her brother’s wife, Sarah, and still keep his own wife, Ruth, happy. There is also the emotionally-inept neighbour Tom, who lumbers from one state of bewilderment to the next.

Wildly comic and – at times – poignant, Living Together brilliantly portrays the complicated relationships that exist in most families. Ayckbourn at his brilliant best!

“In the end it’s Ayckbourn’s sheer theatrical know-how and beady insight into meaningless family rituals that accounts for the gusts of laughter that sweep through the theatre.” (The Guardian)