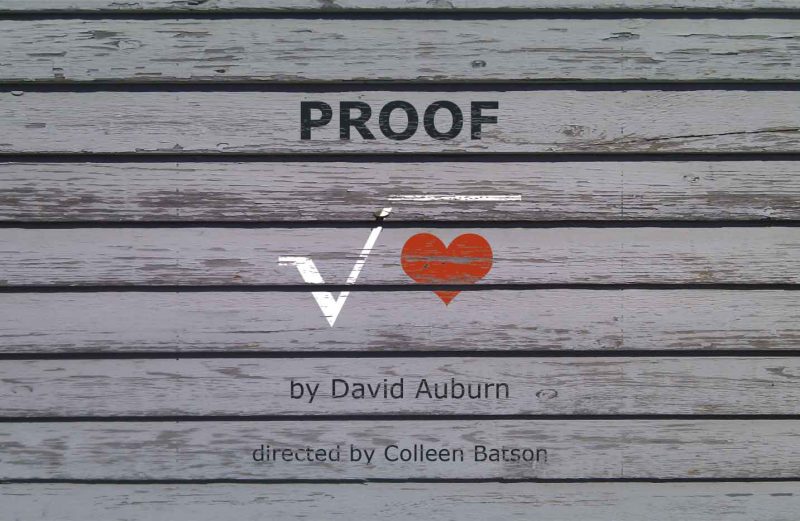 “Without any baffling erudition – if you know what a prime number is, there won’t be a single line of dialogue you find perplexing – the play presents mathematicians as both blessed and bedevilled by the gift for abstraction that ties them achingly to one another and separates them, also achingly, from concrete-minded folks like you and me. And perhaps most satisfying of all, it does so without a moment of meanness.”

Proof is a Pulitzer Prize and Tony Award winning play written by David Auburn and first performed off Broadway in 2000, it came to London in 2002 at the Donmar Warehouse.

It uses the metaphor of mathematics to prove the truth of love and relationships. There isn’t a lot of maths but there is a story about a young woman who has given up years of her life to look after her father, who in his youth was a mathematical genius based at the University of Chicago, and who has suffered fragile mental health.

We see her father in flashback, and get to understand why Catherine worries about her future. Her worldly, sophisticated, successful sister escaped to New York and returns to help Catherine sort out the house and her life after Robert, their father has died.  Hal, Robert’s student and currently teaching at the same university, comes to the house to go through the notebooks in Robert’s office.  When he discovers a mathematical proof or theory Catherine’s world is turned upside down.  Will she inherit her father’s illness? Is she grown enough to deal with her sister?  Will she learn how to love? And what does the future hold now that the life she knew has gone?

The play needs to be understood as a drama about families and relationships, that American sensibility about the importance of where you belong, family and where exactly you fit in.  In other words it is to be played with heart rather than mathematical cynicism.