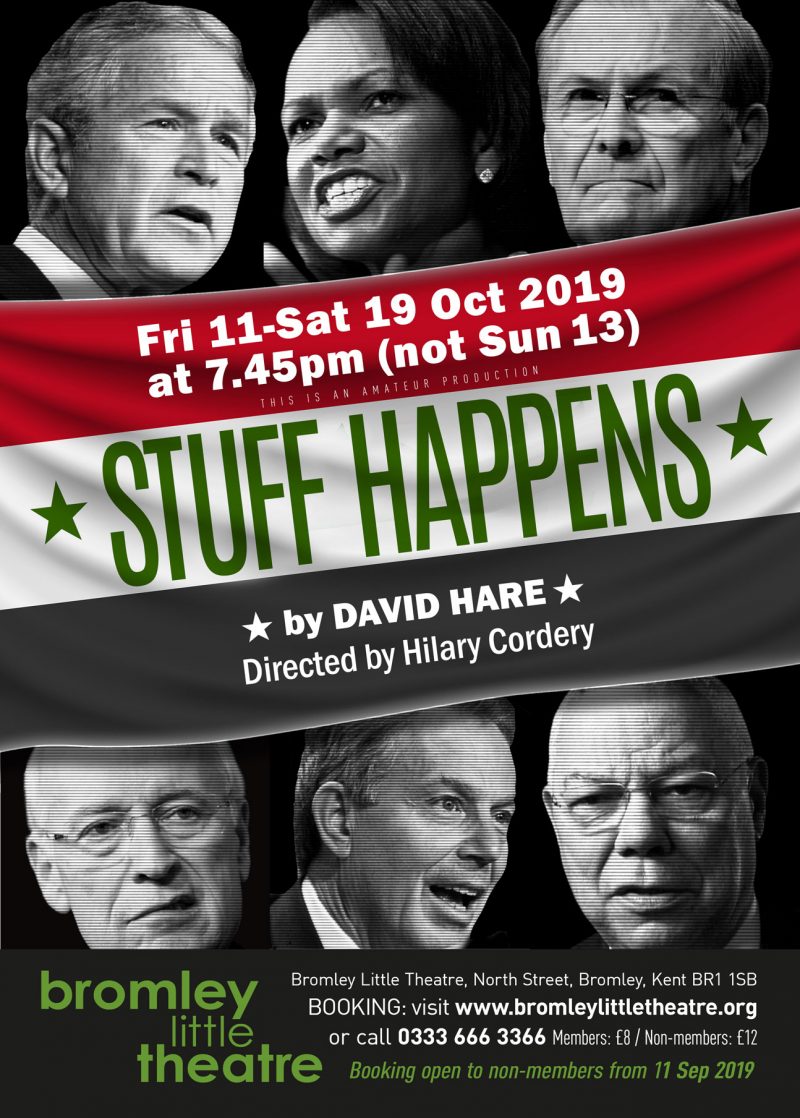 “How do we know Saddam’s got weapons of mass destruction? Because we’ve still got the receipts.”

Acclaimed playwright David Hare turns his piercingly satirical gaze onto the political events leading up the invasion of Iraq in 2003. Riveting and full of drama and wickedly-pointed humour, this epic sweep of a play enriches, informs and entertains.

The role of the Actor and other roles are played by members of the Company.