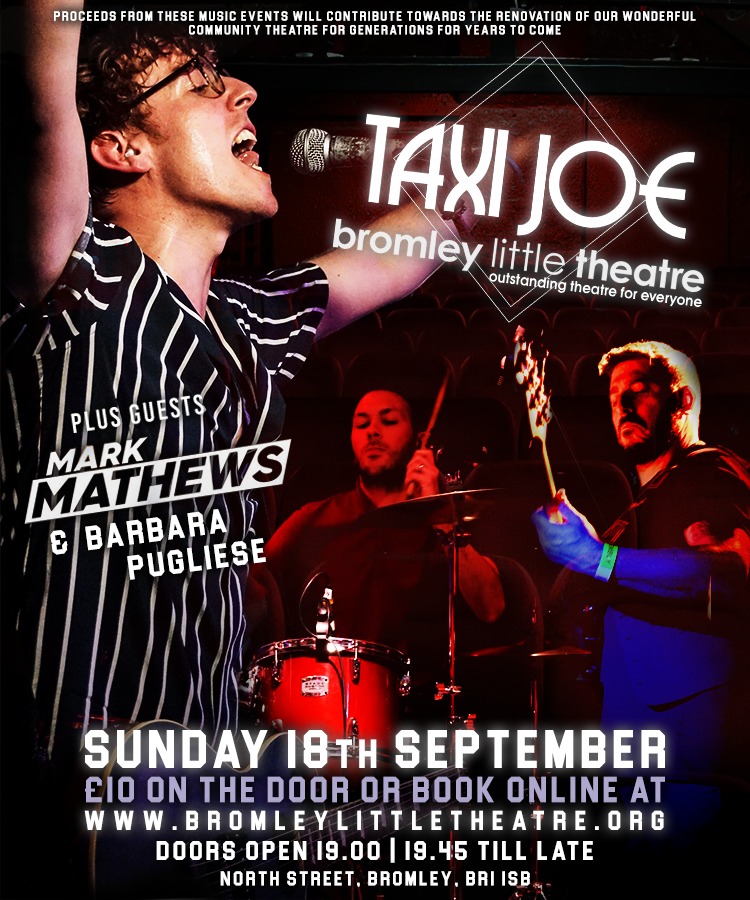 Taxi Joe returns to BLT! A group of lads from South London, Taxi Joe are all about hooks, big guitars and feelings. Lots of feelings. Having been together for over a decade, the lads have been fortunate enough to showcase their music across the UK and Italy and they have grown and disciplined themselves into explosive performers and a fierce writing team. Taxi Joe will be supported by special guests Barbara Pugliese of Dave Randall’s collective Slovo and Mark Mathews London based singer songwriter.

Taxi Joe are a British rock band, founded by guitarist Joe Acres, drummer Louis Morgan and bassist Devid Dell’Aiera after Joe had a massive concussion. Their sound draws from a range of influences including the likes of Oasis, The Rolling Stones and Queens of the Stone Age, with audiences likening their music to Arctic Monkeys, The Strokes and T-Rex.

The band are constantly writing new material and self-produce their own music and videos. This has led to global coverage on independent radio stations, blogs and landed them a place on TIDAL’s most listened playlist in Spain. Their single, ‘Pain’ was used by IMAX on a behind-the-scenes exclusive for JJ Abrams’ movie, ‘Overlord’ and they have recently written and recorded the soundtrack to upcoming anti-knife violence movie, ‘(K)nox – The Rob Knox Story’. Their energetic on-stage chemistry has led them to perform in New York, Italy and all over the UK, as well as supporting the legendary Peter Green of Fleetwood Mac.

Remarked as having a ferocious attitude, Taxi Joe breath fire onto every stage with their aggressive lyrics and catchy riffs.