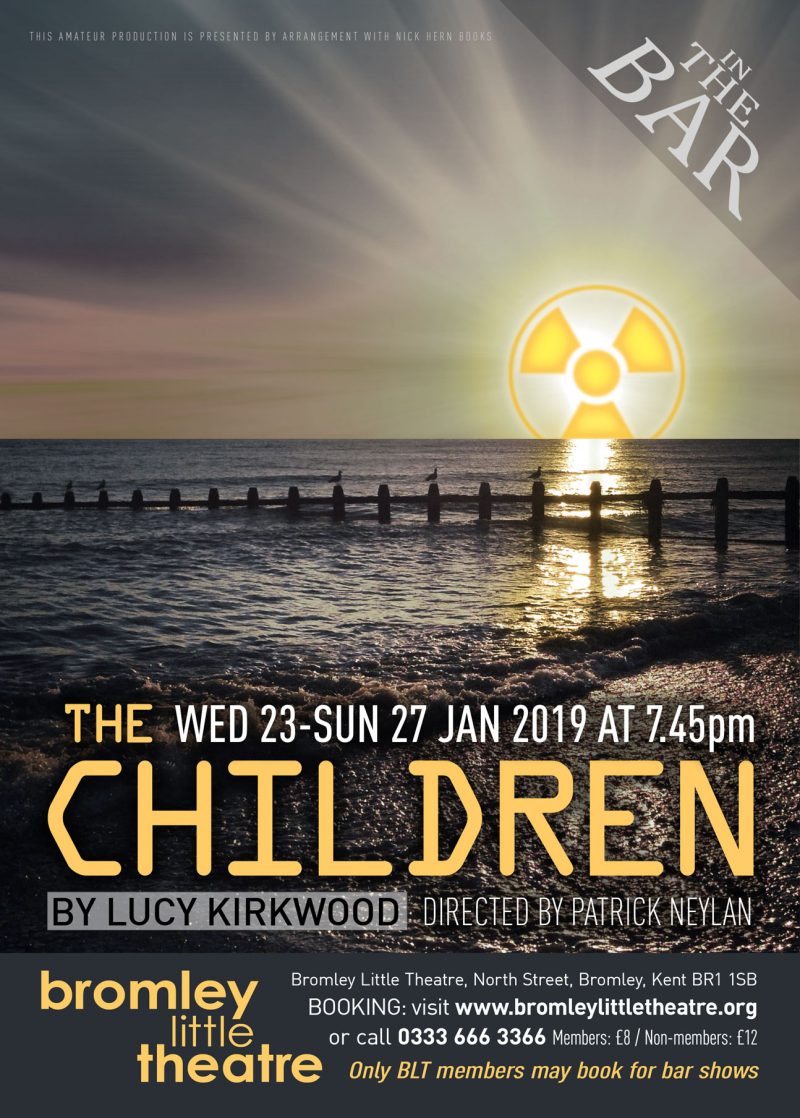 “Our age, you have to show no fear to Death. You’ve got to keep grabbing him by the lapels, poking him in the eye and saying, ‘Not yet mate, I’ve got your number, boyo.’ Keep him in line, else he’ll steal up behind you while you’re trying to get the lid off your bingo pen and have you away.”

When retired nuclear scientist Rose drops in on her former colleagues Hazel and Robin, they have much to catch up on: friendship, children, Hazel and Robin’s farm, the catastrophic accident at the nearby power station where they all worked.

Lucy Kirkwood’s 2015 play is a funny yet disturbing comedy of relationships, ageing, desire, the responsibility of the older generation to the younger and the responsibility of the younger generation to itself. It touches themes that go far beyond the hackneyed bleating about ‘the world we leave our children’ and will leave something to ponder for children of all ages.