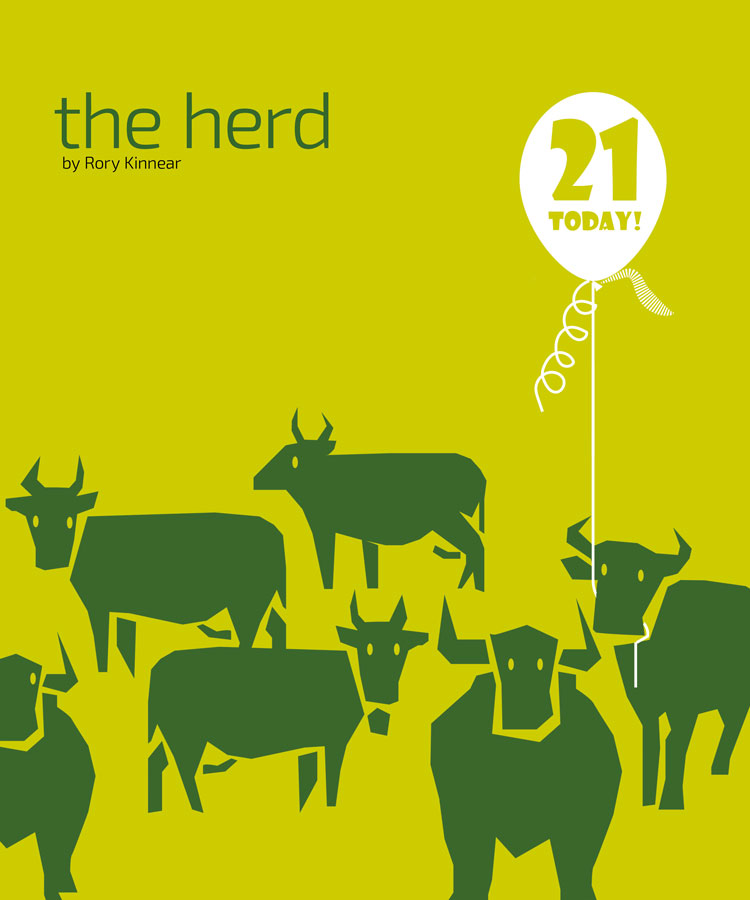 “It’s Andy Griffith’s 21st birthday. Not that he’s counting. But his mother, Carol, is. Counting the minutes until he arrives, counting the unexpected guests, counting the times that something like this has happened before”.

As they await the arrival of Andy, brain-damaged and physically incapacitated from birth, from his care home for his 21st birthday party, The Herd reveals, with clarity and compassion, the profound emotional impact that the constant fight to look after him has taken on his nearest and dearest over the years.

This first play by the multi-talented actor Rory Kinnear is written from his own personal experience of growing up with a sister with severe learning difficulties. Like Peter Nichols’ 1967 seminal tragicomedy about the disabilities of his own daughter, A Day in the Death of Joe Egg, Rory Kinnear’s witty and heartfelt play explores a family falling apart – and pulling together – when life doesn’t turn out quite the way they imagined.

The Herd premiered in London at the Bush Theatre in September 2013, directed by the acclaimed National Theatre director, Howard Davies, and with the high calibre cast of Amada Root (Carol), Kenneth Cranham (Brian), Anna Calder-Marshall (Patricia), Adrian Rawlins (Ian), Adrian Bower (Mark) and Louise Brealey (Claire). It had a successful transfer to the Steppenwolf Theatre in Chicago in 2015, where the cast included celebrated Steppenwolf luminaries, Lois Smith and the late John Mahoney, best known for his role as Martin, the irascible father, in Frasier.

The Herd won Rory Kinnear the Joint Winner of the Critics’ Circle Most Promising Playwright Award in 2013, an honour that he shared, interestingly enough, with Phoebe Waller-Bridge for her one-woman show, Fleabag, which – as we all know – went on to enjoy phenomenal success on television.

You can see Rory Kinnear talking about his play ahead of the 2015 Steppenwolf production by following this link.

The Herd received some excellent reviews on both sides of the Atlantic:

‘The Herd breathes with real, complicated life and, most remarkably, for all the sadness at its core, it remains a buoyantly entertaining play’ (The New York Times)