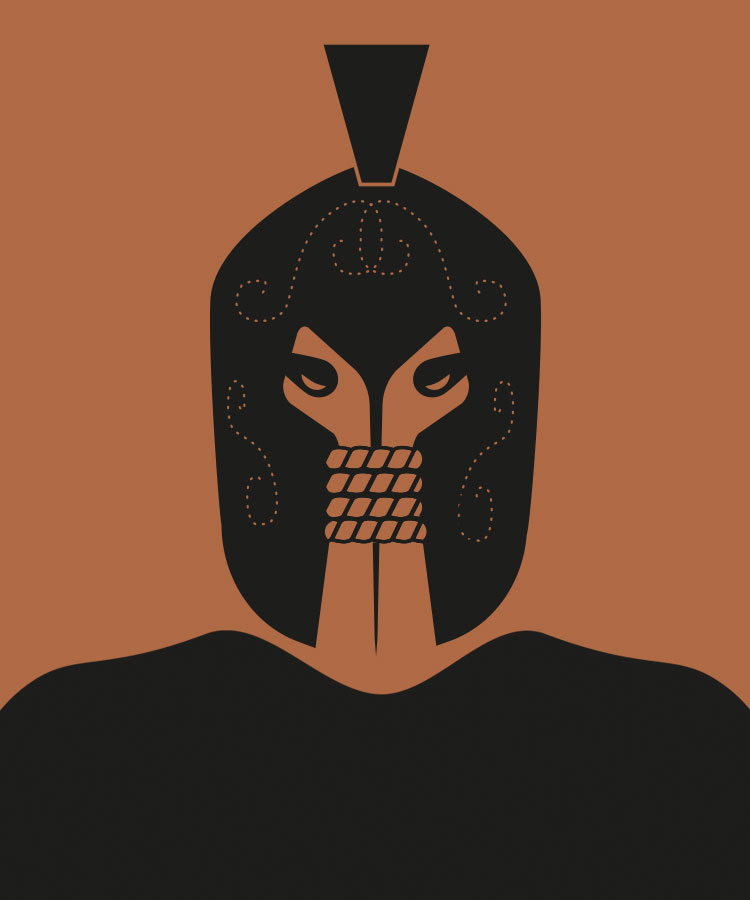 THE TROJAN WOMEN by Euripides 415 BC

Adapted and directed by Pauline Armour 2020

In Greek mythology the Trojan War was a war between the Greeks and the people of Troy. The strife began after the Trojan Prince Paris abducted Helen, wife of Menelaus of Sparta. When Menelaus demanded her return the Trojans refused. Menelaus then persuaded his brother Agamemnon to lead an army against Troy. Troy was besieged by the Greeks for ten years and was finally beaten when the Greek army built and hid inside a huge wooden horse which the Trojans thought was a gift and dragged inside their city walls. In the night, the Greek army emerged from the horse and slaughtered all of the men and boys in Troy. ‘The Trojan Women’ is set in the immediate aftermath of the sacking of Troy as the women wait amongst the ruins before they are exiled as slaves to the Greeks.

This adaptation is non–specific in terms of era, and could be in any war zone throughout history, including what continues to take place in many countries of the world today.

Pallas Athene, Goddess of Reason: She has supported the Greeks in their war against Troy.

Hecuba, Queen of Troy: She has witnessed the death of her husband King Priam and her sons and awaits her exile as a slave to the Greeks.

Chorus of Trojan Women: All have witnessed the death of male members of their families and await their exile as slaves to the Greeks.

Talthybios: Envoy of the Greek Army responsible for carrying out the orders of his leaders.

Cassandra: The daughter of Hecuba, a prophetess pledged to the worship of Apollo.

Menelaus: King of Sparta, Helen’s husband before she eloped to Troy with Hecuba’s son, Paris.

Helen: Known in legend as ‘the face that launched a thousand ships’. Queen of Sparta until the Goddess Aphrodite gave her as a reward to Paris. Their elopement to Troy is the origin of the Trojan War.

Cast in order of recording: –

Credits for ‘The Blameless Ones’, song in Scene 11