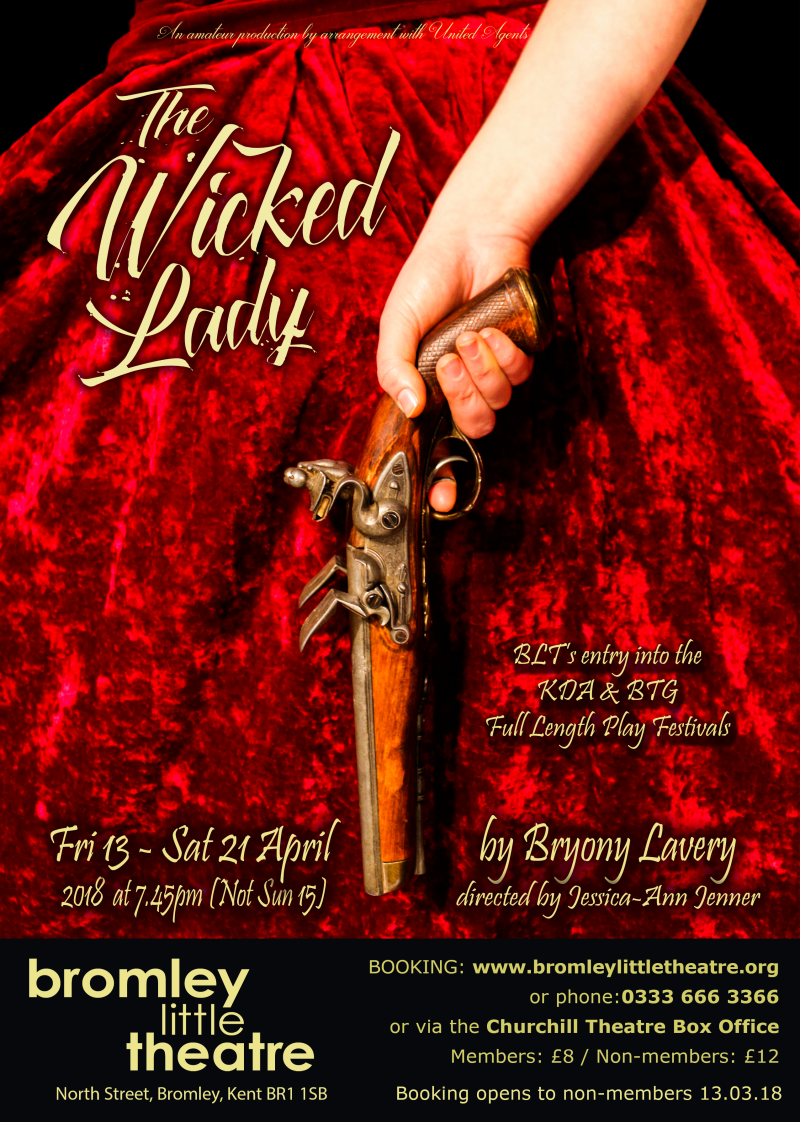 The Wicked Lady by Bryony Lavery; directed by Jessica-Ann Jenner.

Bad girls have more fun and the wicked Lady Skelton is no exception. Forced into a respectable marriage and trapped in a life of boredom and monotony, she rebels with a passion that leads to betrayal and murder. This 16th century epic, has a cast of thousands, bursting at the seams with greedy Skelton relations, comic yokels, riding and….flying!