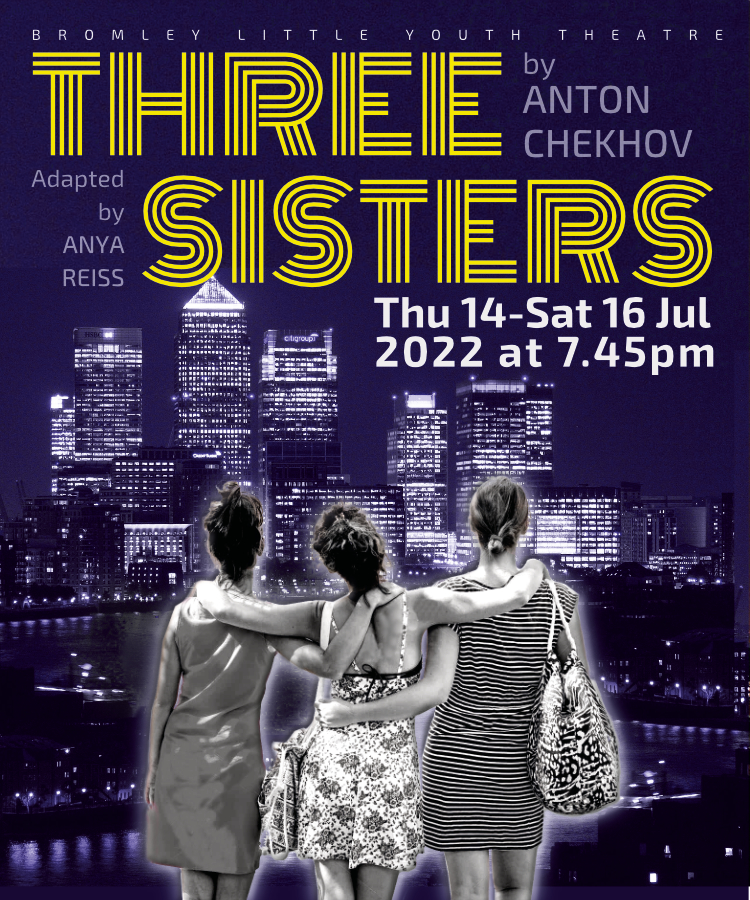 Three sisters.  Three thousand miles from home.  Overworked Olga, wild Masha and idealistic Irina dream of returning to London. Living in a world of deceit and frustrated dreams.  Re-interpreted from the Chekhov masterpiece, Anya Reiss has realised a thrilling story for the 21st century.

Over 20 young people from Bromley Little Theatre’s Youth Group are approaching a challenging script with commitment and maturity under the direction of Pauline Armour and Jessica-Ann Jenner.  Book your tickets now for an unmissable production.