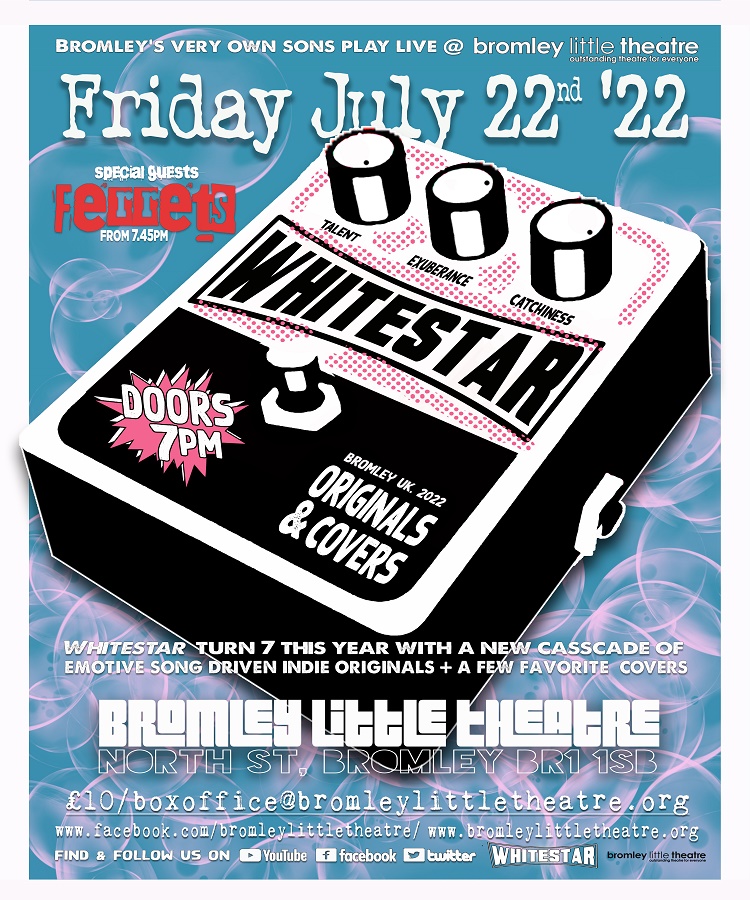 Whitestar plus special guests The Ferrets

Singer/songwriter Simon Whitestar has led this London band since late in the last century, playing guitar-led alternative art rock. Drummer Matt Donovan has sat beside him most of the way, before Gus McKinlay (bass) and Roy Dalley (guitar) completed the current line up, which has been wowing audiences since the summer of 2016.
Currently working on the fifth Whitestar album, the band also perform a fantastic array of art rock covers, from Bowie, Lou Reed, Talking Heads, Iggy Pop, Radiohead, with a little Rolling Stones and Elvis for good measure.