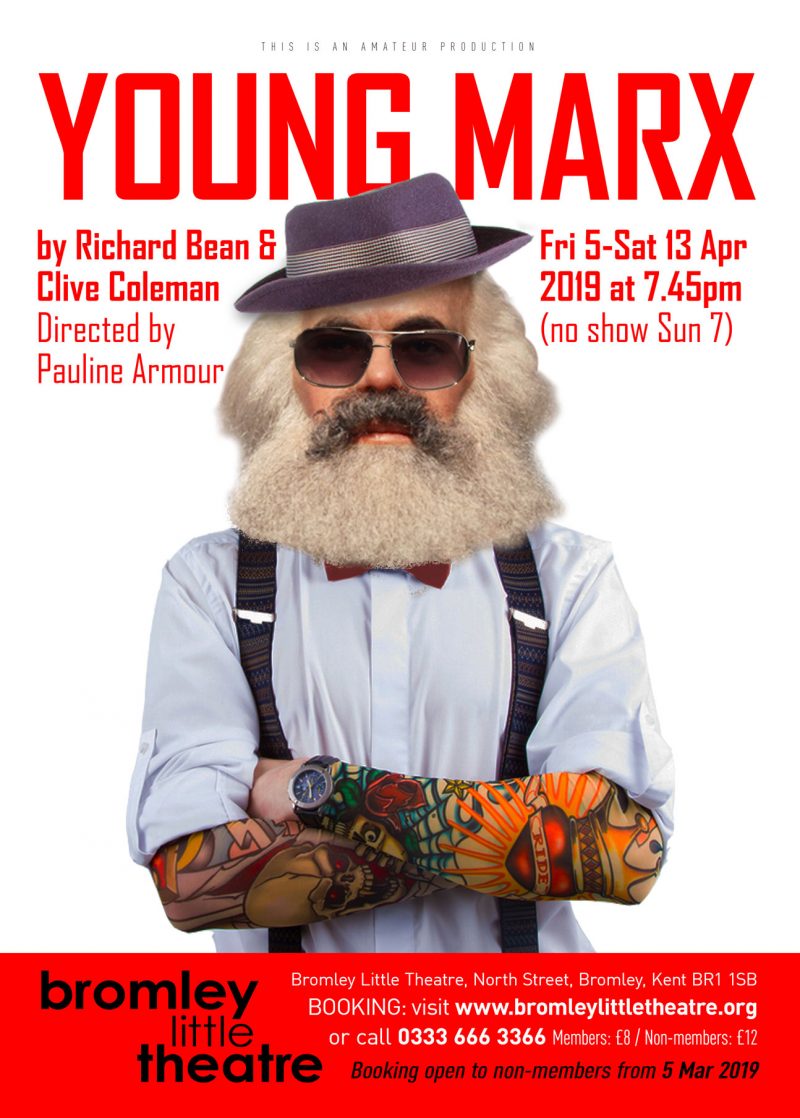 by Richard Bean and Clive Coleman. Directed by Pauline Armour.

‘Young Marx’ opened the Bridge Theatre at the end of 2017 and Bromley Little Theatre is the first company to perform it since then.

It is 1850 and Europe’s most feared terrorist is hiding in Dean Street, Soho. He is broke, restless, often drunk and certainly not writing. He is a frothing combination of intellectual brilliance, invective, satiric wit and child like emotional illiteracy. Creditors, spies, rival revolutionary factions and prospective seducers of his beautiful wife all circle like vultures. His writing blocked, his marriage dying, his friend Engels in despair at his wasted genius, his only hope is a job on the railway!! But there’s still no-one in London who can show you a better alcohol fuelled night out than Karl Heinrich Marx.

In conjuring up the life of the young revolutionary at a time when he was formulating his political creed and struggling to support a growing family, writers Richard Bean and Clive Coleman have actually taken very few liberties and the rich array of characters and the seemingly outrageous plot lines do in fact correlate with the biographical account of Marx’s life in Francis Wheen’s award winning book ‘Karl Marx’. What they have done is to strip away the traditional view of the grand old man with the iconic facial hair and they have reinvented a hectic, elusive, opportunistic, wild young Marx.

A fast, furiously paced production – funny, dramatic, poignant – be prepared to laugh out loud and maybe shed a silent tear.